Depending on how much alcohol we consume and how depressed or amorous we become, this may be our last email this year. I know that for some of you we are your only source for compressed updates about the lives of those in the TUFAC shed. And until such time as Nev gets an X-rated live stream functioning, we remain the only trustworthy source of life in the Tiverton torture heat press.

I actually spoke to Nev this morning via Facetime. He was in the shower fully clothed in a tradition known only in his life as ‘wash day’. As well as his dinner suit he was taking to task some dirty dishes. 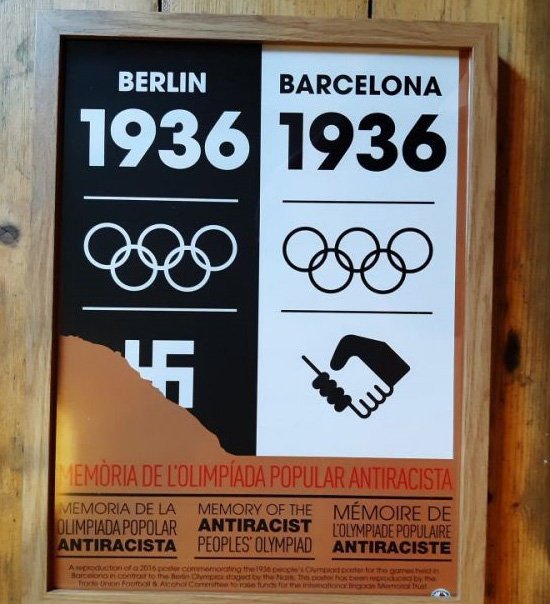 We’re working very hard on getting the Christmas orders out and anything received up until yesterday afternoon should be in the post tomorrow. In case we have not mentioned before, we make almost everything to order and do not hold stock of clothing. We will be making a massive effort however, to get everything off in time. 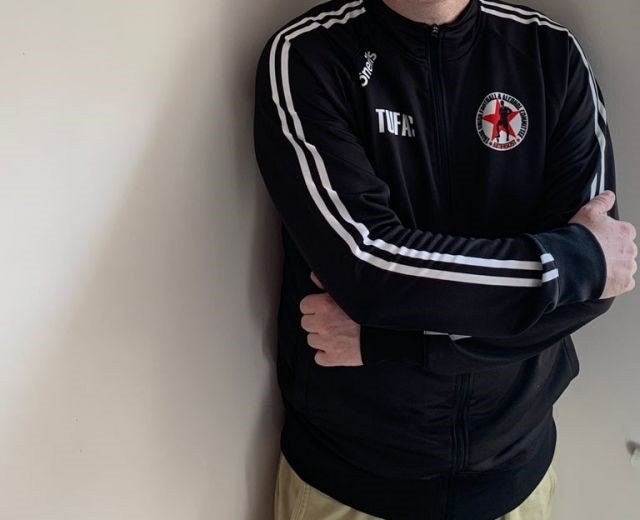 We experienced somewhat of a hold up with frames and post tubes for posters last week, but these have been resolved. Orders of the beautiful Barcelona poster have been leaving over the past two days and the self-hanging posters that normally just get posted out, should be back in the post first class on Monday. At the moment there are only outstanding orders for the Northern Republic poster. Such holdups were mainly beyond our control and extremely frustrating but there is little we can do when we are ourselves at the mercy of delivery services that are stretched to breaking point. Also at our end, one of ours has been struck down with COVID because he and his partner are key workers. Out of work Thespian AB has also announced he is heading to Spain for Christmas before heading on a secret mission to Portugal. And so the admin and frustrated side of the TUFAC operation will be closed from 18-29th December.

The great giveaway that has left us skint should conclude on the 12th December when we’ll make the final deposit of this year’s financial excess to a worthy cause. For updates, simply go to @TUFAC4 on Twitter.

These deposits are at the suggestion of you, our customers, who over the past few months have responded to the final paragraphs of these daft updates.

To add to these donations of solidarity, we are pleased to also add £156 to the International Brigade Memorial Trust from sales of the Barcelona poster and £220 to Women’s Aid from the sale of the TUFAC Christmas cards. By the end of this month, the final total we have raised and donated to progressive causes this year will be around the £19,000 mark. We don’t make donations to the NHS etc, because that is what you pay your taxes for. We prefer to help Anarchists in Bristol delivering warm meals, Antifascists in New York confronting fascists, striking workers and Antifascists in Ireland and people in Preston providing homecooked meals to the Windrush generation. 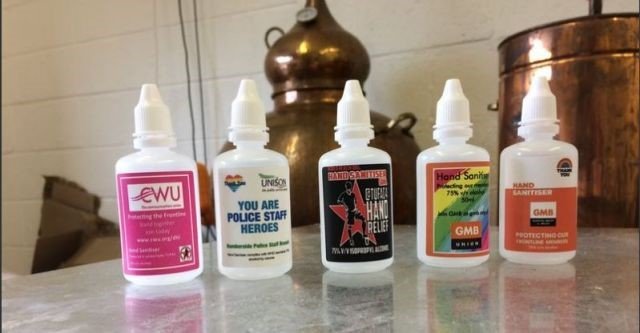 The pandemic that ruined much of 2020 was also the opportunity for many to step up and express through their actions where their values lay. For the Tories, the overriding values were greed and incompetence. In the early days of the pandemic, when key workers were going to work without proper PPE, we were able to work with the GMB Union and Unison to provide Hand Sanitiser and Face Covers to front line workers. Many workers on building sites and in the third sector received PPE through the scheme. In particular the North West and Ireland region of the GMB were magnificent- helping workers whether they were GMB members or not. And if you have not realised yet that Union membership is the most effective form of PPE, you are a lost cause. 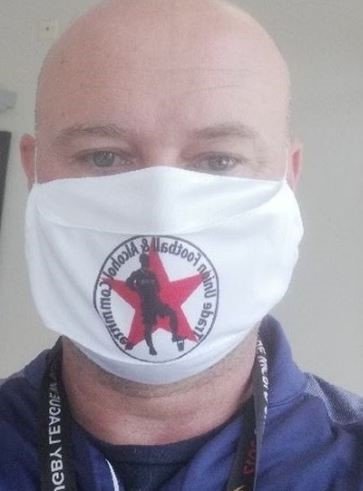 In all, 2020 was a magnificent year for seven pissheads who met in a bar in Hamburg in 2017. We cemented our love of booze, football, travel and good behaviour by producing a pin badge which was sold via Twitter and word of mouth to raise monies to send to similar types in Dublin who were persecuted for confronting race haters in their city. Other than AB getting pissed one night and ordering a food delivery by mistake on our PayPal account, not one of us has taken a penny from TUFAC. That is impressive when you consider AB has been an unemployed actor since 1995 and was given a 100% approval rating back in May when we surveyed whether he should be replaced in our customer service bathroom by a more attractive but equally inanimate object. 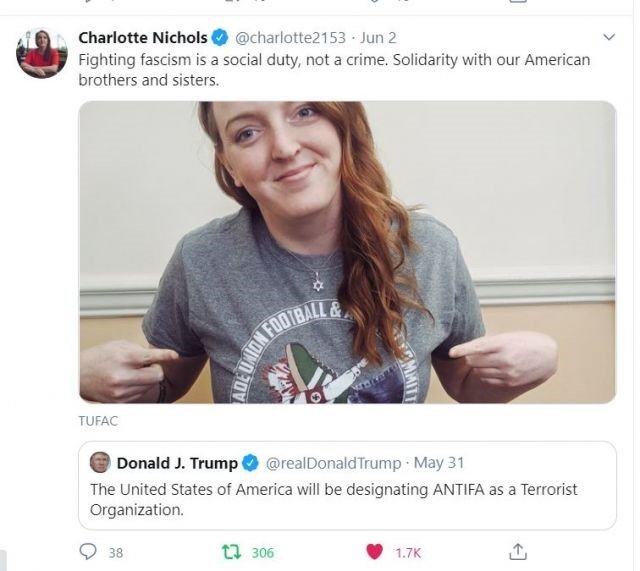 We also bought some shelving from IKEA (big mistake) and an ottoman for the office. That’s now where AB hides socks and old Jazz mags he picked up in the shed. Because of the virus, we were limited to trips to see just Partick Thistle, Greenock Morton, The Wakes and Cliftonville (and whoever they were all playing) and failed to see our desire for games further afield.

The absence of meaningful travel meant like others, we took to doing ‘Zoom’ quizzes on Friday evenings to keep in touch with one another. Other than unimpressive hair growth, these drunken arguments yielded not just death threats and twenty five questions about the life of Tony Benn, but also some of the great ideas that came to fruition in the Tiverton shed. With growth and stumbling steps there were considerable product and production mishaps at times.

Our commitment to providing affordable but quality merch meant we had to take a hit or two on the chin. For sheer amateurs with full times jobs and haemorrhoids with absolutely no experience in any of this, there were some frightful errors. This included 100 embroidered beanies that we gave to a homeless charity instead of selling and similar with a set of scarves and 100 pairs of socks that AB failed to see had Antifascist spelt incorrectly until they were delivered. Upon discovering the spelling error he assumed he could return them to the manufacturer. How wrong he was, our little friend. They showed him a sample four times before shipping…

It’s all about reputation

It does appear we enjoyed a reputation boost and growth this past year because of, we hope and believe, our morality and ethic. Not only are we becoming a go-to for people that want our merchandise, our satisfied customers promoting product by word of mouth on social media was a considerable help. We love it when you share pics of you wearing or using our stuff, because no matter how hard they try, the two lads with qualifications from art school cannot take a decent photograph of the stock they make.

What also helped tremendously was some MPs wearing our gear or promoting it- we’ve also seen a TUFAC group pop up in Cardiff and a shop selling our gear in Germany!

Being able to work with the unions and also with O’neills, Fans Supporting Foodbanks, Belfast Cuban Solidarity Group, The Wakes, Steve White & The Protest Family and of course the most lovely Paul Heaton has been amazing. We even had an email from Norman Cook (Fatboy Slim) lauding us (about an hour before the bastard unsubscribed from our mailing list!) 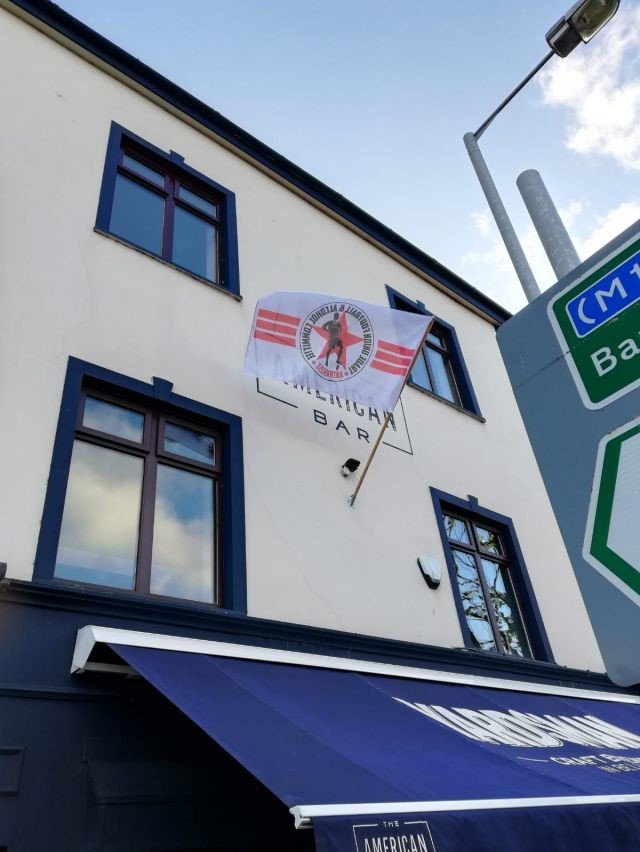 When we sent our first drunken ‘stock update’ to the 174 people on our mailing list last year, we never thought come December of this year, we would have close to 2,000 people on the list and people regularly asking to join the list. When people unsubscribe from the mailing list, AB can be prone to tears, because he feels like he has lost another potential acting job. Or lover. But I get it- Amazon and LinkedIn send far more interesting and useful guff three times per day. What was particularly bizarre this year was a bloke that bought stickers and an Anti-Nazi T-shirt responding to one email with “**** off, you Commie ********”. (We’ve actually improved his spelling and grammar there).

We’re nowt if not ambitious. We are obviously indebted to Nev who we have an agreement with to ensure he receives fair and equitable payment for his ethical and miserable services. In return we get to take the piss out of his never ending shenanigans with steak knives outside the Beef Eater in Hastings, his hot date with AB’s sister, and his accidental romantic liaison with a married couple from Redditch whilst simply waiting in the car park of B&Q. 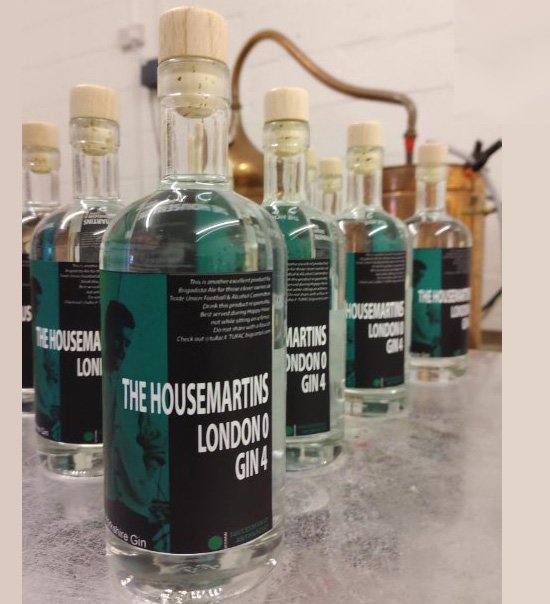 We want to keep building and expanding the TUFAC brand. As we have said before, doing that means we take a smaller mark up than others because we want the product ourselves more than we want the money for it. Our American Worker Beanie for instance is not dissimilar to another beanie that retails for £20. They’re even made by the same people pay $.018 for theirs (although they have manufactured 200,000 of their hat. The more you buy, the cheaper it is, etc.) 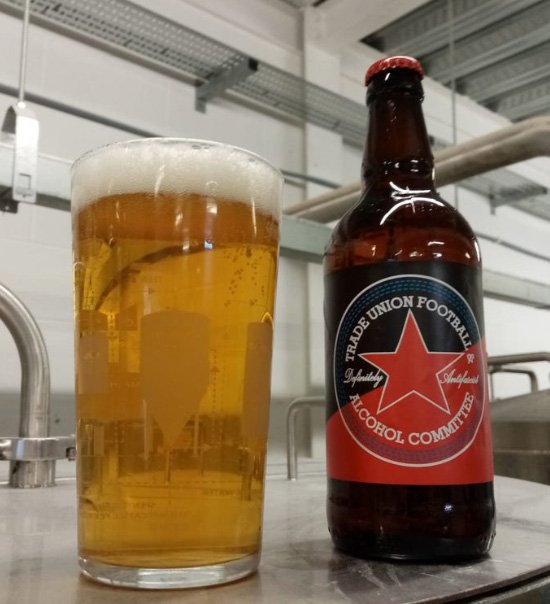 In the new year we are going to make more socks and re introduce our popular polo shirt- but with a twist! Illness will prohibit DJ Marzipan performing his residency for SAGA holidays in Portugal this holiday season, but we can confirm AB will be there and bringing back the bacon as it were.

We are not making our plans public because it seems to be the kiss of death. You’re all welcome to join us when we do, however.

The sales of our ale were brilliant. We hope everyone enjoyed it-let us know. We are pleased to announce that Brigadista Ale will return in the new year with a new supplier and fantastic new branding. This has only been possible by the hard efforts of those at Trade Union Pale Ale. The Brigadista project looks magnificent with lots of hard work put in to ensuring we will begin the new year by putting more money into the IBMT. I’m not allowed to show you the label, sadly, but it is incredible. I have also tasted the proposed new ale itself. Plenty.

We also hope to do another project like the London 0 Gin 4 which raised over £300 to fight food poverty. We sent an email to Billy Bragg asking how he would feel about it, but alas have not heard back from him yet.

Party for the Partisans

It is still on! We are currently in negotiations with a very talented young man who can stream the entire day with the monies raised going to a Women’s Refuge in south London.

As of yet, we are at a loss to understand what is happening with Brexit, but Nev has indicated there will be an unavoidable rise in the cost of T-shirts because of it. Our intention is within reason to swallow that cost wherever possible. If we continue to grow our sales it should be manageable, but of course the only thing happening in the Brexit negotiations is our Prime minister making a complete cock of himself. We continue to review our postal costs, and despite two price rises in parts of the sector last year, we have no intention of increasing those until such a time we feel it is completely unavoidable.

We remember our friends and comrades from the last twelve months. In particular for us, our friend Romano Colombini. Muore un partigiano, ne nascano altri cento.

Be kind to one another and strangers. It’s socialism or Barbarism.